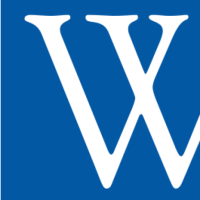 The
Fourteenth Court of Appeals reversed the trial court’s order denying a special
appearance and rendered judgment dismissing the case for lack of personal jurisdiction.
The Court of Appeals’ opinion is important because it reaffirms what the Texas
Supreme Court and other intermediate appellate court have consistently held
that telephone calls, without more, do not establish personal jurisdiction.

Plaintiff
Motorwerks Vehicle Sales, a Texas LLC, purchased a 2016 Bentley automobile from
Defendant Star Motors, a Florida limited liability company. Motorwerks sued
Star Motors for, among other causes of action, fraud and breach of warranty in
connection with the sale of the Bentley due to the alleged condition of the car.
The trial court conducted a hearing and denied Star Motors’ special appearance
challenging personal jurisdiction.

At
trial and on appeal, Motorwerks asserted that Star Motors was subject to
personal jurisdiction in Texas because: (1) it had an ongoing business
relationship with Motorwerks; (2) it initiated the transaction that formed the
basis of the lawsuit by calling and soliciting Motorwerks to purchase the
Bentley; and (3) it transmitted the purchase agreement to Texas, where Motorwerks
signed it, and Motorwerks took delivery of the Bentley in Texas.

In
reversing the trial court, the Court of Appeals addressed Motorwerks’s
suggestion that Star Motors directed a tort at Texas during the parties’ phone
call. Specifically, MW Carline argued that Star Motors made itself amenable to
personal jurisdiction by calling to solicit Motorwerks’s business and by making
misrepresentations or omitting information during the phone call. The Court of
Appeals rejected Motorwerks’s argument and reasoned that even presuming that
Star Motors made the alleged misrepresentations or omissions, “one or two phone
calls to Texas regarding the proposed transaction . . . are simply insufficient
to confer specific jurisdiction over Star Motors.”

It is worth noting that the Texas Supreme Court, in Michiana Easy Livin’ Country, Inc. v. Holten, expressly rejected the “directed-a-tort” theory as a basis for establishing personal jurisdiction. Michiana Easy Livin’ Country, Inc. v. Holten, 168 S.W.3d 777, 791 (Tex. 2005). Likewise, Dallas and El Paso appellate courts have consistently held that tortious conduct occurring during telephone calls or in emails to a Texas resident is insufficient to prove purposeful availment. These authorities all illustrate the basis for dismissing the “directed-a-tort” argument—simple knowledge that the effects of a nonresident’s actions will be felt by a Texas plaintiff cannot establish personal jurisdiction over the nonresident.